Hedera helix, also known as English ivy, is a perennial plant. This plant can be grown both inside and outside. It can blanket the ground by horizontally spreading. In addition, because of its aerial rootlets, this plant can act as a climber and ascend to the height of 80 feet.

English ivy appeals to many people since it is evergreen and forms a lovely ground cover for ornamental gardens. In addition to Aesthetic characteristics, English ivy has a lot to give. This post will go over some of the most important English ivy benefits.

If you are interested in plant benefits, you can also read

As early as 1727, European colonists imported English ivy. It is frequently grown for its evergreen foliage and durability as a “carefree” groundcover all year long. It is nevertheless marketed and sold in the United States as a decorative plant despite being a severe weed in natural ecosystems, parks, landscapes, and other regions [1]. 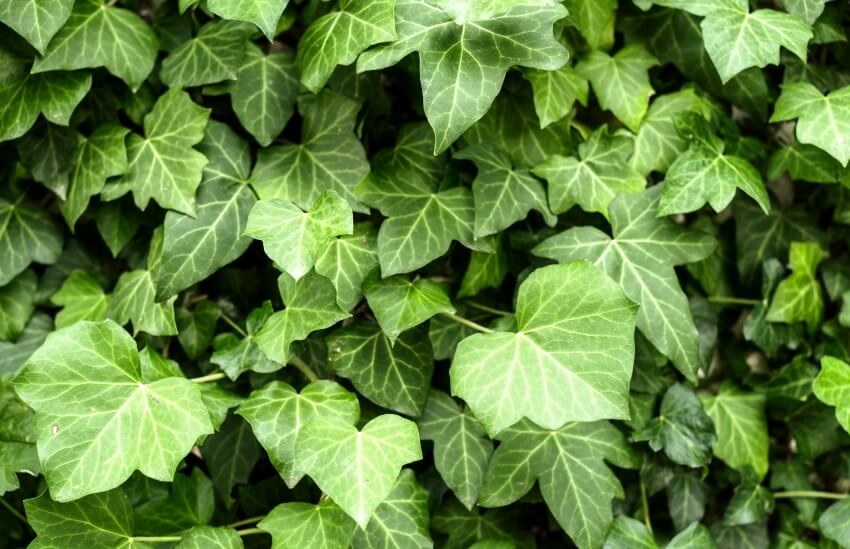 English ivy plants have numerous physical, emotional, and health benefits. This beautiful plant has various medicinal uses, can make the home yards beautiful, and also purify the air when planted indoors. Here are some of the most significant English ivy benefits: 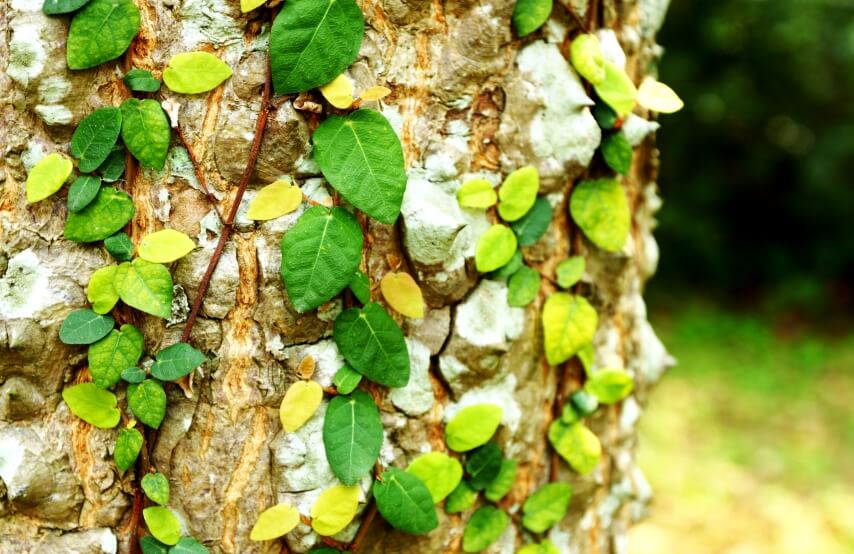 One of the top 10 plants for purifying the air is English ivy. English ivy plants can assist in maintaining the indoor air clean by eliminating mold spores and volatile organic compounds, such as those emitted by household paint or cleaning supplies.

According to NASA’s clean air study, English Ivy can aid in the removal of VOCs (Volatile Organic Compounds) from the air, including toluene, octane, benzene, trichloroethylene, and other toxins 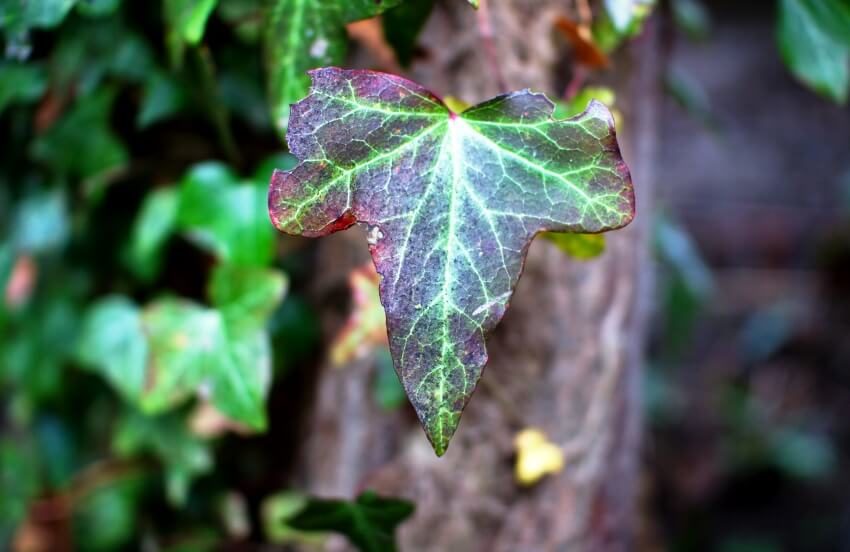 English ivy regulates the warmth and coolness of your home in accordance with the amount of heat in the atmosphere, assisting in maintaining your home’s temperature.

Oxford University researchers discovered that English ivy could keep house walls 15% warmer in the winter and 36% cooler in the summer.

This means that English ivy provides insulation-enhancing qualities in the winter and cooling-off attributes in the summer. 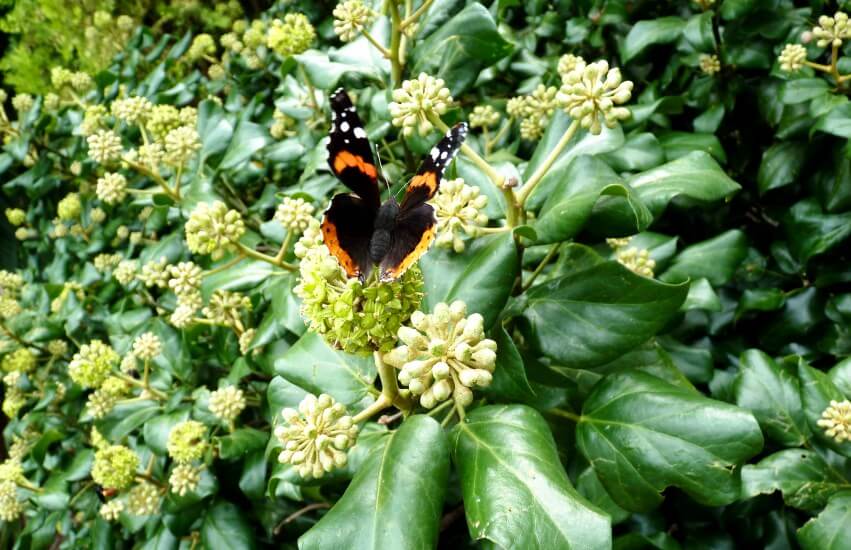 Experimental findings from studies conducted in 2005 showed that English ivy could decrease fecal matter and mold levels. Researchers examined the concentrations of dog feces and moldy bread in two distinct containers. The airborne particle concentrations were then assessed six and twelve hours after adding English ivy to each container.

Although English ivy might be capable of removing feces, mold spores, and other indoor air pollutants from tiny, enclosed areas (such as containers and chambers), it might not be efficient in removing these pollutants from the air inside a house. Additionally, it will not eliminate some allergies like dust, pollen, or pet dander. 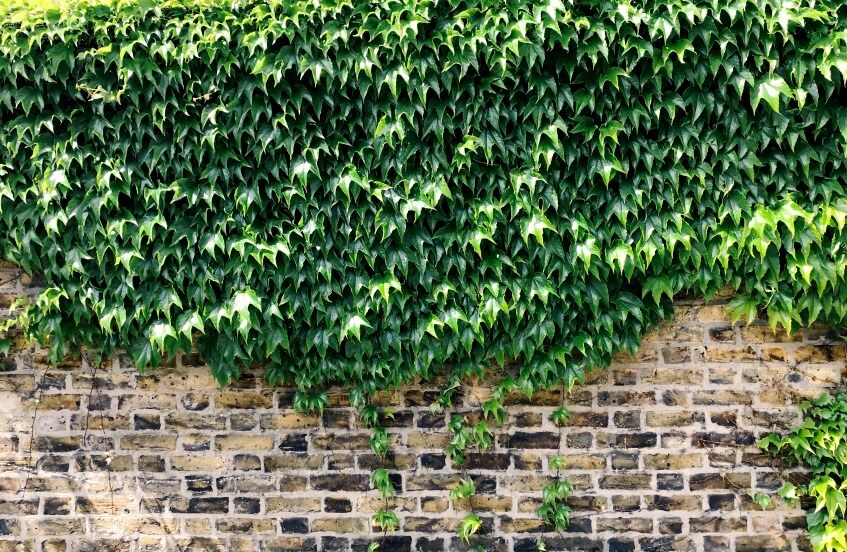 Another fantastic benefit of Hedera Helix is that it can grow up to 20-80 feet tall and spread over 3 to 50 feet. It can grow densely together against the walls.

Growing Hedera Helix to cover your walls will shield them from salt, cold, and pollution.

You can grow this plant to eliminate the nasty green and black spots you discover in the moist parts of your dwellings. 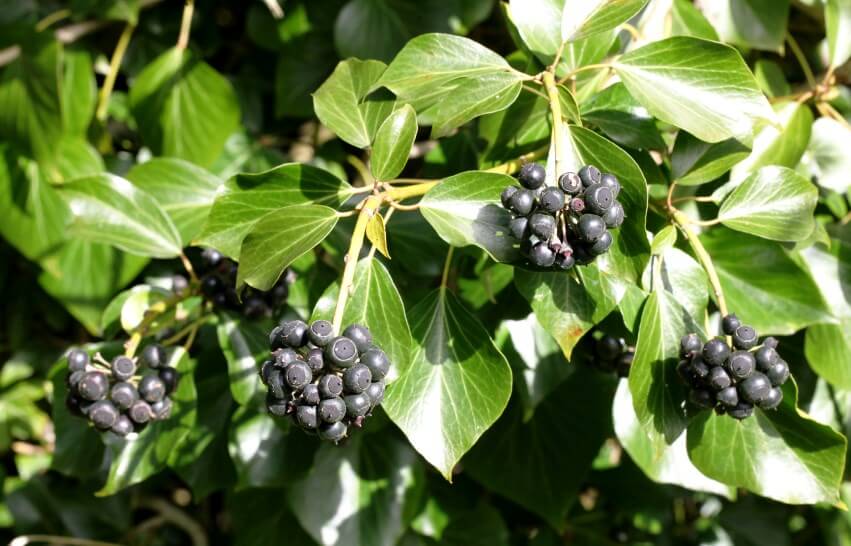 Growing and caring for English ivy is simple. All you need to do is to water them frequently enough to keep the soil moist until the plants are established. These vines thrive in areas with lots of moisture, but they can withstand dry conditions once established.

When grown indoors, they require strong light. Ivy will become lanky, sickly, and vulnerable to pests if not given adequate light. English ivy plays a key part in regulating the air circulation of your room if you live in a tiny, cramped space.

It has been demonstrated that it has one of the highest rates of transpiration. Because of this, it’s a fantastic alternative for both raising relative humidity and reducing carbon monoxide levels in indoor air. Hedera helix is an evergreen plant with numerous flowers throughout the year, which can draw various birds and animals. Most plants do not bloom in autumn, yet the English Ivy plant blooms with nectar-rich yellow blossoms.

English ivy offers bird refuge and protects the lives of numerous insects and birds during times of food shortage.

Since this plant can endure low light and severe temperatures, it is a good shelter for numerous animals in the winter.

One of the outstanding English ivy benefits is that it is also a medicinal plant. Treating inflammatory conditions in the body is one of English Ivy’s most well-known advantages. You can either drink it as tea or directly apply the leaves to the area of inflammation if you have arthritis, gout, or rheumatism.

Topical treatment is advised for persons who are in pain and suffering after an operation or accident. This has numerous other uses in various biological systems and can even treat interior inflammation [2].

English ivy is effective in treating COPD, bronchitis, and children’s coughs, but further research is required before it can be widely prescribed.

English ivy may provide some alleviation for cough in cases of upper respiratory infections and colds, either by itself or in conjunction with the herbs primrose and thyme.

English ivy may be especially helpful for kids, as many medical specialists advise against giving young kids standard cough medicines [3]. 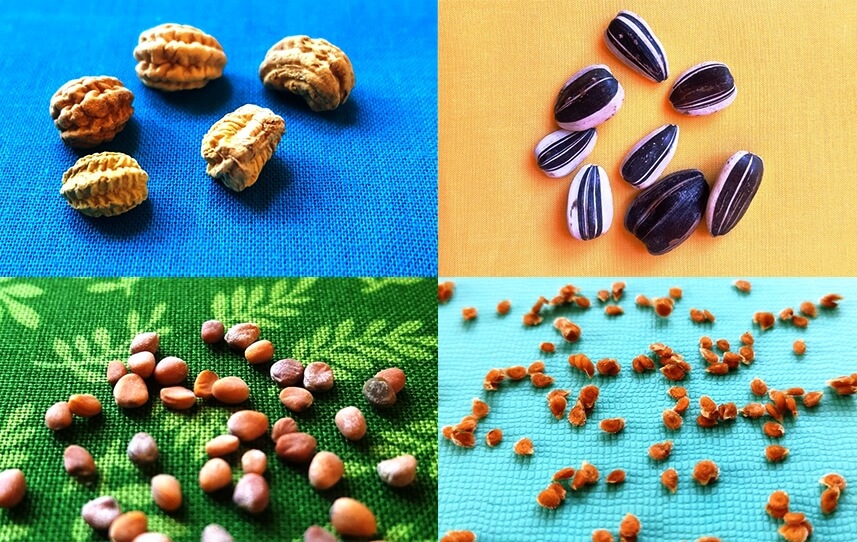 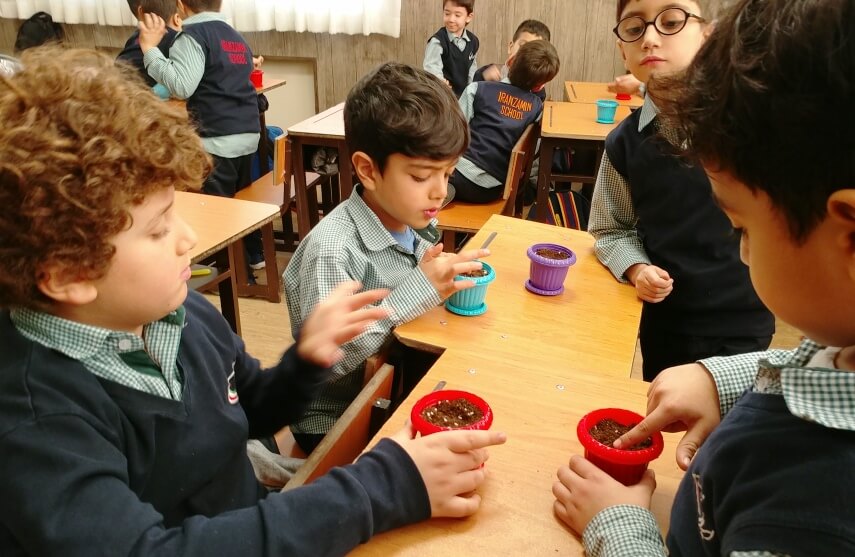 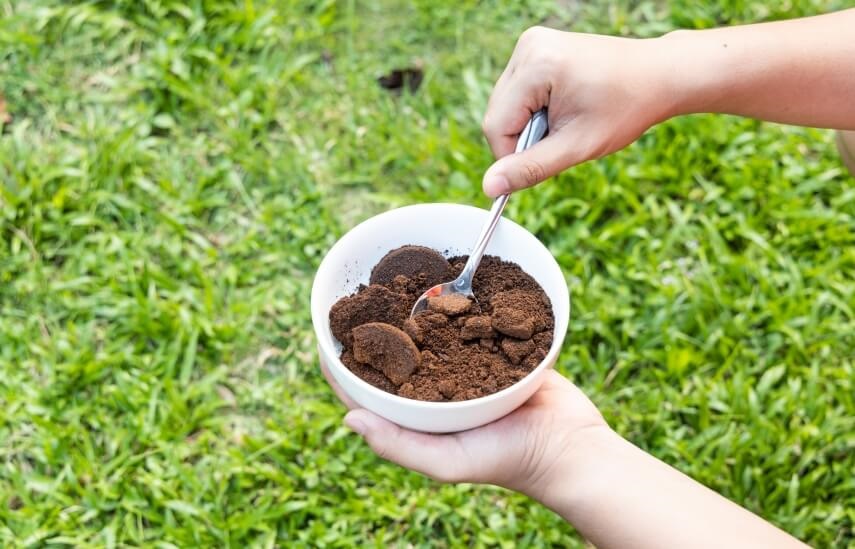 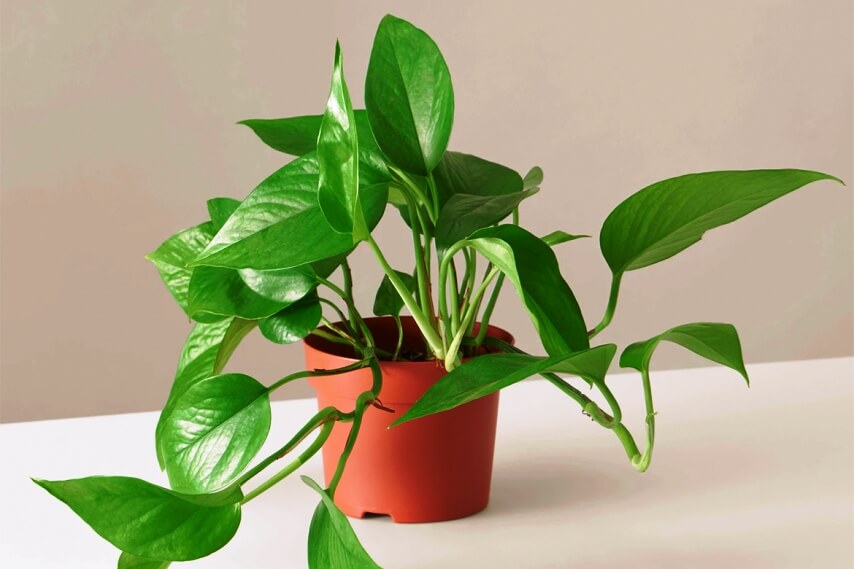